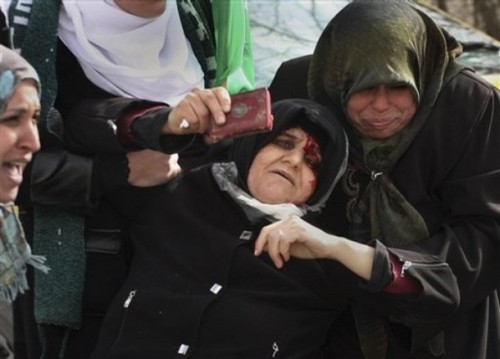 “The latest Israeli aggression against the Gaza Strip didn’t surprised me as much as some deeds of the Israeli soldiers on the ground during the war,” Richard Goldstone, the UN fact-finding rights mission, said.

This is not the first time “I am exposed to threats because of my work,” the judge standing in front of the Human Rights Council in Geneva spoke.

Mr Goldstone, the head of four member panel, confirmed that these threats did not affect his report. “We went on in our work according to our responsibilities and the authorization given to us,” he said.

For more confirmation, the judge also called for another independent investigation by international missions. “There are a lot of suspicious things in a bad need for research,” he confirmed.

Regarding what was said about the impediment of the Gaza government of his committee, Mr Goldstone said, “there was complete cooperation with us.” The Israeli side refused cooperation with him according to his speech.

Mr Goldstone was also quoted saying, “the International Law and Human Rights will be exposed to a kind of relapse if the United Nations did not take action regarding this issue.”

In the same context, weapon expert sitting beside Mr Goldstone confirmed that there are different suspicious kinds of weapons used by the Israelis and there shrapnel in the bodies of the Palestinian that are considered “temporary bombs.”

This entry was posted in General. Bookmark the permalink.